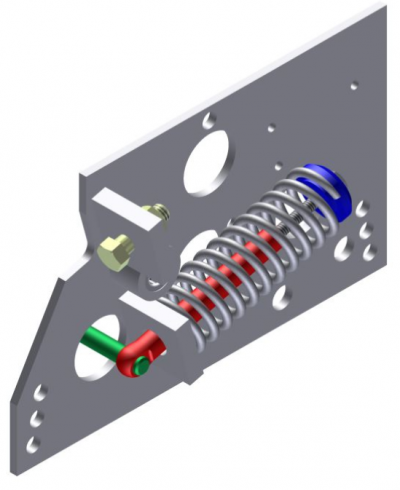 The spring shown to the right is used to store energy for the motor operator mechanism.  Bolts are used to fasten the energy storage springs to the motor mechanism.

Cyclic fatigue can cause the bolt holding the spring to fail between the shaft and the jam nut.  This failure can result in the bolt and the spring becoming dangerous projectiles.

This failure is prevented by redesigning the parts holding the spring as a rod end, shown above. The rod end has a larger diameter than the bolt formerly used and increases it’s ability to resist the bending force created by the spring.  Fatigue failures are then prevented. 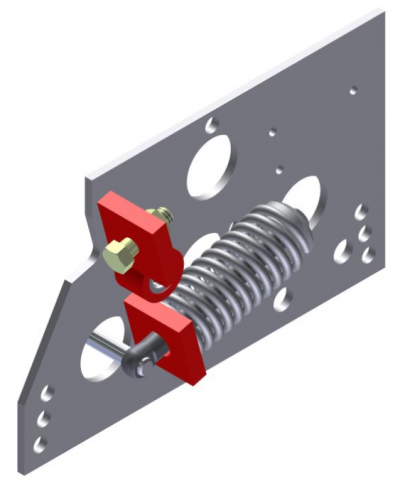 The picture to the left shows highlighted in red the ears and boss attached to the motor mechanism side plate.  The welds holding the red highlighted parts can fail in fatigue.

The images below show the difference between using a fillet weld and a keyed and brazed connection.  The fillet weld can fail in cyclic fatigue, but the keyed parts are strong enough for this application even without the brazing.  The brazing secures the tabs but is not required for structural integrity.

A second design change was to add a groove to the tab to provide a seat for locating the spring.  When the energy is release during the tripping of the switch, the spring decompresses and bounces. This bounce causes the spring to unseat itself and become loose.  The groove holds the spring in place and reduces bending forces on the rod end and side plate ears.