The 80 ohm resistor module is used to build resistor insertion switches for reducing in-rush currents.  It has an arc horn to protect it from over voltages in the event the in-rush current is so large that its withstand voltage was exceeded. Its VES part no. is: 1002256G1. 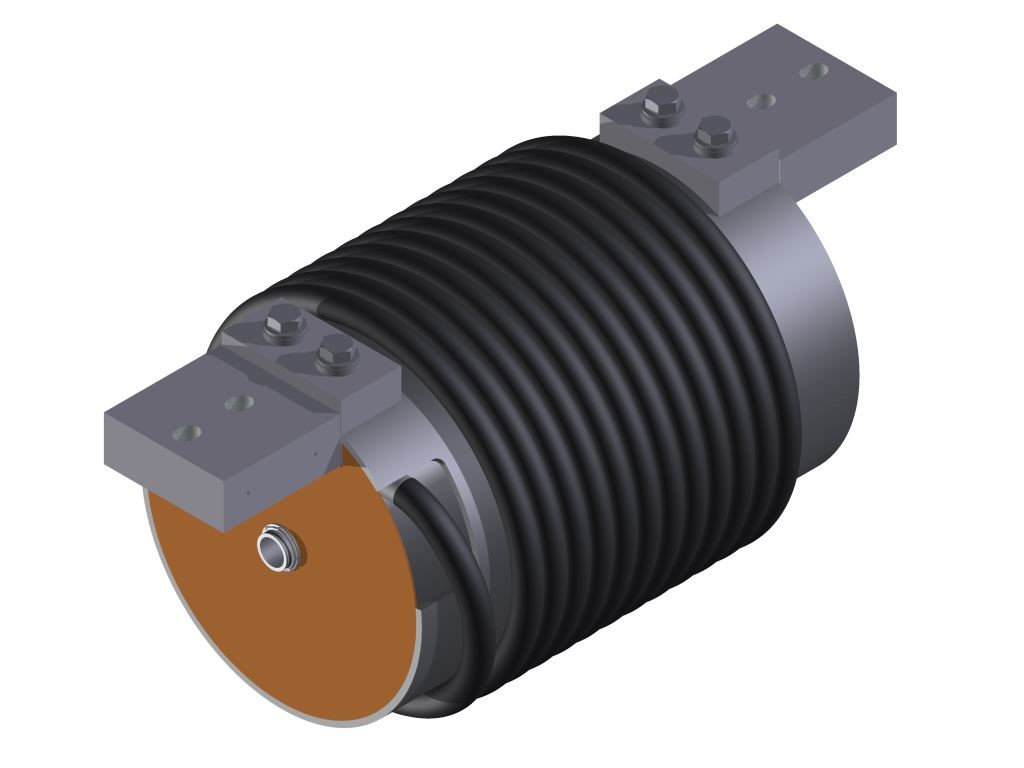 The 30 microhenry reactor is used to limit in-rush current when switching back-to-back (two capacitor banks installed in parallel on the same buss) capacitor banks.  It is designed to be installed in place of the buss bar on a34kV switch.  Its VES part no. is: 1002284G1. 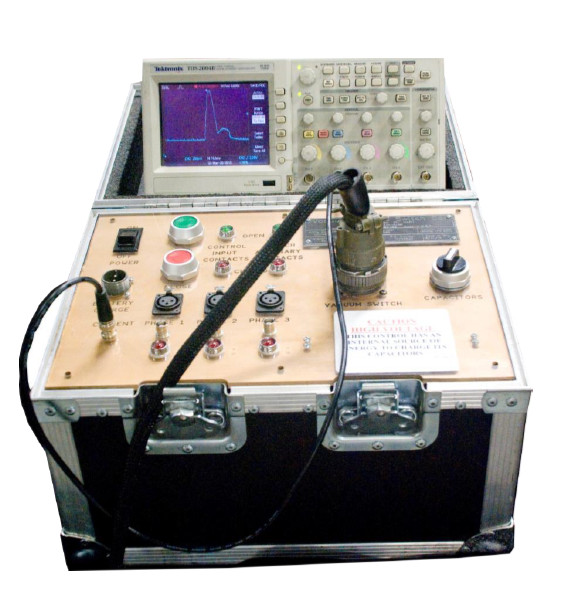 The Vacuum Electric Switch portable tester shown above is for dynamically testing a solenoid operated switch.  The tester contains a capacitor discharge control for operating the switch.  Solenoid operated switches may have either one or two closing or opening solenoids requiring either one or two energy storage capacitors respectively to operate the switch.  A selector switch selects the number of capacitors for running the test.

The oscilloscope is used to measure both the waveform of the current flowing to the solenoid and also the switch’s opening and closing time.  These measurements assure that a switch is properly adjusted.  The tester tests the operation of the auxiliary switch circuits.  Its VES part no. is: 1004054G1.